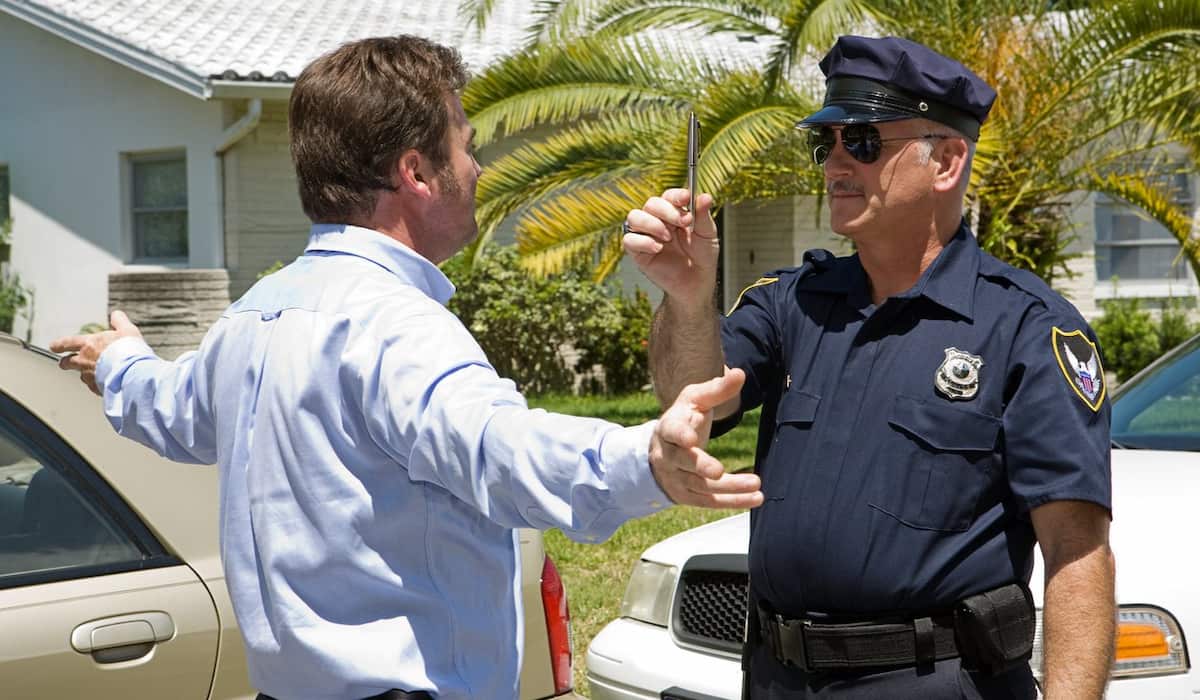 How Many DUIs Is A Felony

When answering the question is a DUI a misdemeanor on ‘how many DUIs is a felony’ it differs by state. But a first DUI conviction is considered a misdemeanor crime, but in some circumstances, a DUI can be a felony when someone is killed or injured.

You are known as a felon if you commit a felony. How many DUIs is a felony is answered by the National Highway Traffic Safety Administration who says that DUI felony laws vary a lot and some have time constraints. A DUI offense is considered a felony if the previous DUI offense occurred within 5 to 10 years.

DUI is Driving under the Influence. Not every state has the same version of what precisely a DUI is. One thing, you won’t be able to drive a motor vehicle as your motor skills will be impaired. If you drive while under the influence, you can be fined or arrested. It is not only alcohol that can make it so that you can’t drive a vehicle. Drugs, cannabis, and even some medications can make it that you are all over the road and out of control.

How Many DUIs Is A Felony?

It is important to know how many DUIs is a felony because you want to make sure you don’t get into trouble with drinking and driving again. It can so easily become a felony. DUI jail time is a reality and quite a few states want at least a few days for the drunk person in jail for a 2nd or subsequent DUI offense.

A regular first offense is usually a misdemeanor. How many DUIs is a felony can get you an answer ‘the first DUI’. This is because a DUI offender who injures or kills someone faces a felony charge, even if it is their first offense.

According to the Minnesota Department of Public Safety, it is illegal for drivers to operate a vehicle under the influence of alcohol or with a blood alcohol level at or over 0.08. However, the penalties that drivers face for this offense depend on how many convictions that are to do with alcohol are on their record and if the DWI is considered a misdemeanor or a felony.

In the state of Minnesota, people want to know is a DWI a felony. According to the Minnesota Department of Public Safety, it is illegal to drive a vehicle while under the influence of alcohol. The penalties that drivers face will depend on how many alcohol-related convictions they have had previously and if the DWI is a misdemeanor or a felony.

The Department says that a DWI offense is viewed as a misdemeanor, but that a first or second DWI offense can proceed to a gross misdemeanor in some circumstances.

The average cost of a DUI is nothing to smile about. It is not an amount that you can just haul out of your wallet and pay, as the average cost is around $10,000. It can be higher or lower, depending on which state you find yourself in.

Your chances of being involved in an accident if the driver has been drinking are far greater than if the driver gets into the car sober. How many DUIs is a felony? There are thousands of accidents on American roads each year and no one has exact answers as to how many DUIs is a felony or if these accidents were the result of drunken driving and what their penalties were.

Of course, most of the senseless destruction could be prevented if authorities would only open their eyes to the problem and make their penalties harsher. When asked how many DUIs is a felony, everyone wants the answer to be ‘one’. It is why you see 2 or 3 DUIs from the same driver. They are repeat offenders because they get off too lightly each time.

Most people haven’t learned that if they are at a function where there is drinking, that they need to make arrangements to get back home. The most effective way to get drunk drivers off the roads is for stricter laws. So when it comes to how many DUIs is a felony, the answer should be one.

So what happens if you get a DUI? All 50 states have these laws prohibiting driving under the influence. Apart from DUI, they are also known as DWI or Driving While Intoxicated. The laws connected to DUI aim to prevent motorists from driving in a drunk state. The law enforcement officers in these states all use identical tools in order to enforce the DUI laws. Most drivers at some time or another have come up against field sobriety tests.

So how many DUIs is a felony? DUI laws apply even when the driver was impaired because of some other substance besides alcohol. That means you can be charged with DUI if you are on some drug. Many people do both – they take drugs and drink.

States have what is known as ‘per se’ DUI laws. It is then unlawful to drive if your blood alcohol concentration is .08% or more.

DUI laws forbid driving if you are impaired by alcohol, but impairment DUI laws differ in how impairment is defined. So how many DUIs is a felony and is it the same in all the states? In some states, a driver would be considered impaired when they are not 100% clear of mind.

Three Or More Convictions Is A Felony

So is a DUI a felony in California? In California, instead of being able to say ‘always’, in California, sometimes driving under the influence is charged as a felony offense. In the state, a DUI is a felony when you have 3 or more DUI convictions against your name in a 10 year period.

Is drunk driving a felony and how many DUIs is a felony? There are quite a few factors that determine whether a DUI is a felony or misdemeanor.

The consequences of felony DUI charges will always depend on the circumstances of your particular case.

Is a DUI a criminal offense in California? How many DUIs is a felony in California? In California, if you are facing charges for felony DUI, your criminal sentence can include thousands in criminal fines and up to 16 months to 16 years in state prison, 30 months of DUI school as well as mandatory suspension of your driver’s license for 5 years.

Your Only Hope – A Reputable Lawyer

Certainly, if you have been arrested for DUI in California or any other state for that matter, and you are facing felony charges, your only hope is to be in contact with experienced, but cheap DUI lawyers. Your future actually depends on it. Imagine if you had a job where you absolutely have to use a vehicle and you now face license suspension?

Without the help of a DUI lawyer, you’ll never get a job again. But in any case, criminal offenses such as these are complicated and you could never hope to navigate the maze of questions, legal documents, and insurance companies on your own. The best solution is to get hold of a local defense attorney just as soon as you can.

Is a DUI a felony in Florida and how many DUIs is a felony? Once again the answer isn’t a definite yes, but a ‘sometimes’. Blood and breath alcohol aren’t the only two things that can

Breath alcohol and blood alcohol are not the exclusive two measurements to identify driving under the influence in Florida. DUI can also be charged when the person is impaired.

If a person fails the field sobriety tests, the person can be arrested. In Florida, as in California, if you have been arrested for a DUI, you will need to have an experienced Florida DUI attorney on your side as these cases are just too complicated and the penalties for a conviction can turn around your life completely. So getting back to the question, ‘how many DUIs is a felony, the answer will depend on the person’s record of prior convictions.

How Many DUIs Is A Felony – DUIs In Florida

A second DUI conviction is usually charged as a misdemeanor, with higher fines and longer jail time. If the person manages to keep their driver’s license, there will be the obligation to install and maintain an ignition interlock device.

Prison time and fines aren’t all that a person has to contend with a felony or misdemeanor DUI conviction in Florida. There are heaps of other costs that come with a DUI conviction. Just having your driver’s license revoked or suspended comes with a whole lot of inconvenience and expense.

A DUI Can Toss Your Life Upside Down

Facing felony DUI charges can be frightening as it can change your life upside down. If someone was killed or injured, it doesn’t matter that you didn’t mean it and that everyone knows you as the kindest and gentle of people. The fact is, you killed someone or injured them so badly, that their lives will never be the same again.

If you are a person who hasn’t learned their lesson with drinking and driving, you will want to know the answer to how many DUIs is a felony? If you have a prior DUI conviction it can turn into a DUI felony.

The first and second DUI offenses are considered misdemeanors in some states; however, a third conviction will be a felony. However, if you are out drinking and driving and you are pulled over and found to have a particularly high blood alcohol concentration, there are some states that make a DUI a felony.

Many people want to know the difference between a felony DUI and a misdemeanor. The foremost difference is what the penalties or convictions are. For misdemeanor DUIs, you will be looking at about one year in jail and also fines up to $USD 1,000.

Felony DUIs on the other hand can mean more than one year in jail and huge fines, not to mention the suspension of your driver’s license. Other consequences can also accompany a felony conviction and one of these is not being able to vote.

But, in some circumstances, a DUI can be a felony. You want to steer clear of a felony as it is the most serious kind of criminal offense. For committing a felony you can be looking at time spent in jail for anything from a year to life imprisonment. Felonies can often be violent offenses to white-collar crimes.

It is not surprising to know that repeatedly landing up with a DUI or Drinking Under the Influence can get you a felony to your name. This isn’t a joke and in fact, if you are a non-U.S. citizen, you can even face deportation, and you may not be able to apply for certain licenses.

If you are convicted of a DUI offense once too often, it can be considered a felony. In fact, if you want a definite answer to the question ‘how many DUIs is a felony, the answer is your DUI is considered a felony if you have 3 misdemeanor convictions to your name and within a 10-year period.

First Things First – Get A Lawyer

Not only that, if you kill or injure someone whilst driving under the influence, it is a felony. A third DUI conviction is known as an aggravated DUI offense.

There are differences between a misdemeanor and a felony and it is the penalties. With answering what is a felony against a misdemeanor, the differences don’t really matter. What does matter is that drinking while under the influence can change your life in an instant? Without the help of a competent lawyer, you can be looking at a downward spiral of your life into the pits of despair and no return to life as you once knew it.

The Drunk Driving Manuscript: When Did Drinking And Driving Become Illegal?

Can You Go To Canada With A DUI? It Might Be Easier Than You Think