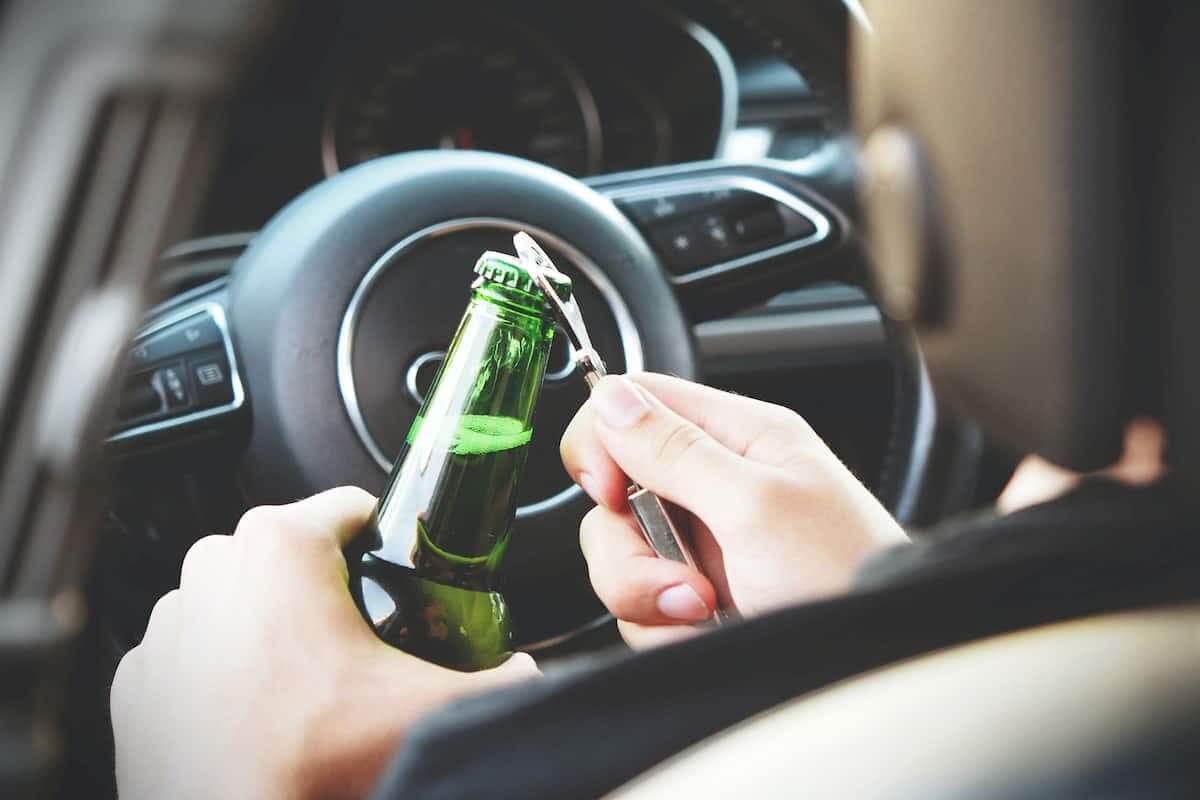 Traffic congestion around the world is just getting worse. Whether you’re a seasoned driver or you’ve just received your license, the number of drivers on the roads these days increases the risk of an accident happening.

Some drivers also just get too comfortable on the roads and they text messages, fiddle with the radio, apply make-up, read through documents and turn around to speak to passengers in the back seat.

These days you can also add drinking while driving to the never-ending list of the things people do in their cars while on the road. Just a few seconds of their eyes leaving the road can be hazardous.

Driving isn’t the time for eating and drinking. Drinking alcohol affects the body and mind, whether you’re driving or not, and there are physical and psychological consequences to drinking too much and then climbing into your car to drive.

With driving your eyesight is blurred and you have slurred speech. With slowed reaction times, you can see that drinking and driving are a lethal combination and we look at ways that alcohol can actually negatively affect your driving skills.

1. Your Senses are Dulled

It is frightening to realize that anyone who drinks heavily over a long period can have brain deficits that continue even after sobriety. Heavy drinking has extensive effects on the brain and even moderate drinking leads to short–term impairment and a dulling of the senses.

The person drinking before driving has their visual and auditory senses dulled. Drinking alcohol is dangerous before driving too as it impairs motor skills and cognitive functioning.

When alcohol is in your bloodstream. it affects how quickly you are able to react to things happening around you. Drinking slows your response time, and on busy roads you need to be able to respond to dangerous situations immediately.

If the driver ahead of you suddenly slams on brakes, it takes that much longer for your brain to process what is happening in front of you.

When drinking alcohol before driving, or even during driving, there is an increased tendency of drivers to become distracted. Alcohol causes people to be less focused. Drinking alcohol makes it much less likely that the driver will detect danger.

Drivers divide their attention between things happening in the car and tasks associated with driving, such as putting flickers on to change lanes or even maintaining lane position and speed.

The drunken driver can’t possibly cope with all the technology-based distractions in the car such as keeping an eye on the GPS. Distractions with the drunk driver is one of the main factors leading to traffic accidents.

Many people attending a social function drink alcohol because it gives them a burst of confidence that they normally wouldn’t have. They dread not being the life and soul of the party. And so it is with drinking and driving. In the car you have a surge of confidence and you’re far less inhibited.

Overtaking a car in front of you with oncoming traffic becomes a challenge and a dare. The drunk driver believes they are invincible. It only takes a few drinks too to put you over the legal limit of 0.08 percent blood-alcohol content. The drunken driver, seeing the flashing lights of the police behind him or her, gets a thrill at putting their foot on the accelerator and far exceeding the 70 mph speed limit on the interstates, just for the sheer chase.

In fact, 40% of drivers have driven while over the limit from the night before. Many people believe that a strong cup of coffee the next morning will do the trick and make them feel sharp for the trip ahead.

A strong cuppa can make you feel somewhat better, but alcohol is still in your system. The amount of alcohol in your bloodstream depends on the amount you drank the night before, and the speed at which your body gets rid of it. Generally, alcohol is removed from the blood at the rate of about one unit per hour.

Alcoholic drivers have problems driving at night time compared to non-alcoholic drivers. The reason for this also is that alcohol affects the speed at which the iris constricts and dilates, and a drunk driver cannot adapt quickly to oncoming headlights.

Alcohol is involved in many night-time crashes.  Alcoholic drivers are far more disturbed with approaching headlamps of a vehicle, with alcohol impairing night time driving.

If you get behind the wheel of your car after drinking, and particularly if you put the heater on, you want to fall asleep. Many people fall asleep at the wheel.  Drunk driving and feeling drowsy makes it hard to pay attention to the road ahead.

A drowsy drunk driver can even nod off while speeding and can’t brake or swerve if something happens in front of them. Yawning constantly and drifting from one lane into the next, the drowsy drunken driver doesn’t even begin to think of pulling over safely but in a drunken stupor nods off and causes a horrific accident.

Talk to a Dedicated Lawyer

Being arrested and charged with drunk driving is a common problem in America. Having a criminal record for driving under the influence can affect many areas of one’s life.

If your life does seem in complete disarray because of your drunken driving mistakes, the Kans Law Firm can ensure that the best possible outcome for you is worked out so you can avoid penalties and even jail time. So essentially the first thing to do in the right direction in your DWI Defense is to simply select the right lawyer.